Growler Filling Stations Have Arrived in the Northland!


I have to admit that I was not necessarily excited about the news of a new Missouri law allowing growler filling stations. Mostly, because the first few articles I read regarding the new law seemed to think that we would be getting growlers filled at a local convenience store or gas station. Thankfully this has not happened in the Kansas City area. 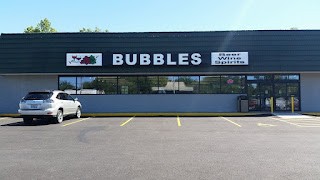 The first liquor store to introduce growler fills to North of the River, is Bubbles Wine & Spirits located at 7411 N. Oak in Gladstone, Missouri. Bubbles has been locally owned and operated since 1994, and they offer a large assortment of craft beers and imported beers.

Bubbles has ten taps available with a rotating stock of local and hard to find craft beers.  They have been receiving a lot of positive feedback on the taps, and they will be focusing the selections around local craft breweries within a four hour car ride away from KC. Stop by this week for some local GABF award winning beers from Cinder Block. 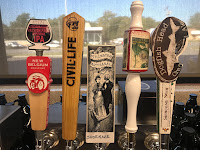 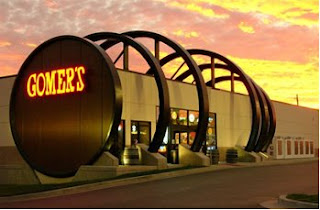 Gomer's Northland Fine Wine and Spirits in Parkville, Missouri, is the second liquor store in the Northland to open a filling station. Gomer's has serveral locations around town, and they are the first Northland store to fill crowlers instead of glass jugs. 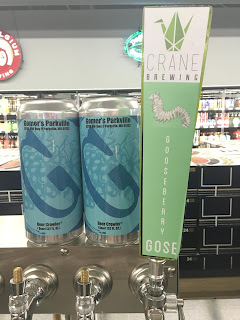 Gomer's North started sealing crowlers for the first time this past Friday, with a tap takeover event that offered Crane Brewing's Apricot Weiss and Goseberry Gose. Tyler Mehaffery says, "the Northland location is planning on having a constant rotation of beers on taps, with an emphasis on local brewers, special releases and seasonal beers."

The new Bubbles and Gomer's Growler / Crowler Station's are NOW OPEN -- stop in and fill up today!
Posted by KCHOPTALK at 7:20 AM